What is Cross-Country (or Nordic) Skiing?

Nordic skiing encompasses all forms of skiing in which the boot is attached to the skis only at the toe. It is also known as ‘free-heel’.

For most people cross country skiing means narrow light-weight skis with light boots usually attached to the ski with a small metal bar at the front of the boot.  Cross country skiing is usually done on prepared ski tracks using either a classic technique (known as diagonal stride) or skating.  Both are very efficient methods of travel on snow.

Nordic touring uses a slightly wider ski and stiffer more-supportive boots and bindings which are easier to control in more hilly terrain.  Nordic touring skis would often be used for skiing in the Pennines or for touring between mountain huts in Norway or Sweden.

Telemark skiing uses much wider carving skis and heavier boots which are more effective on steeper slopes and in deeper snow.  Telemark skiing is a skilful and graceful technique which can be practised in ski resorts in the Alps or wild open country.

Nordic touring and telemarking skis can be used in conjunction with ‘climbing skins’ so the skis can be used for ascents (sometimes up to about 30 deg slope angle). The skins are fixed to the base of the skis and removed at the top of the climb when it is time to enjoy the descent. 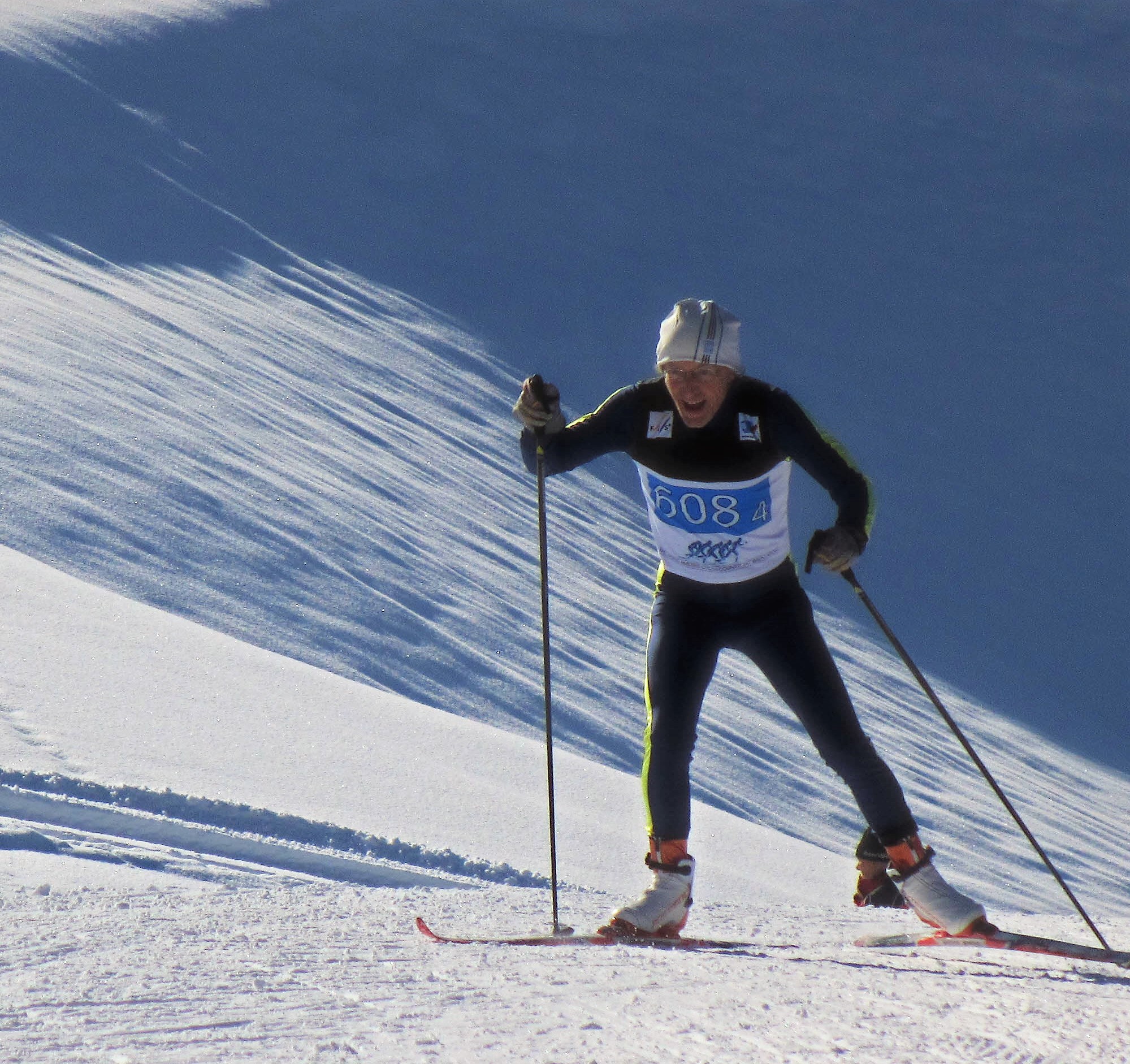 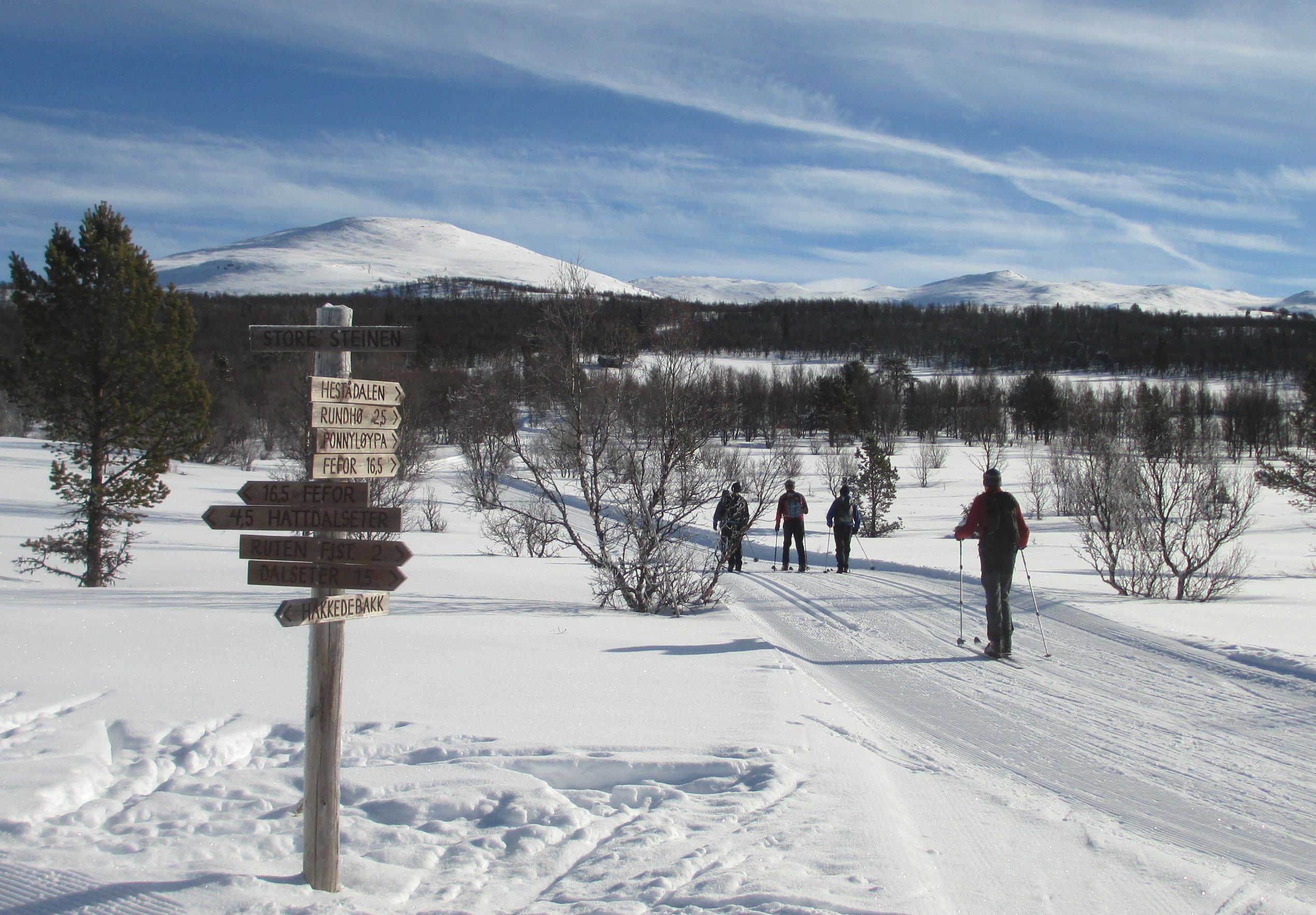 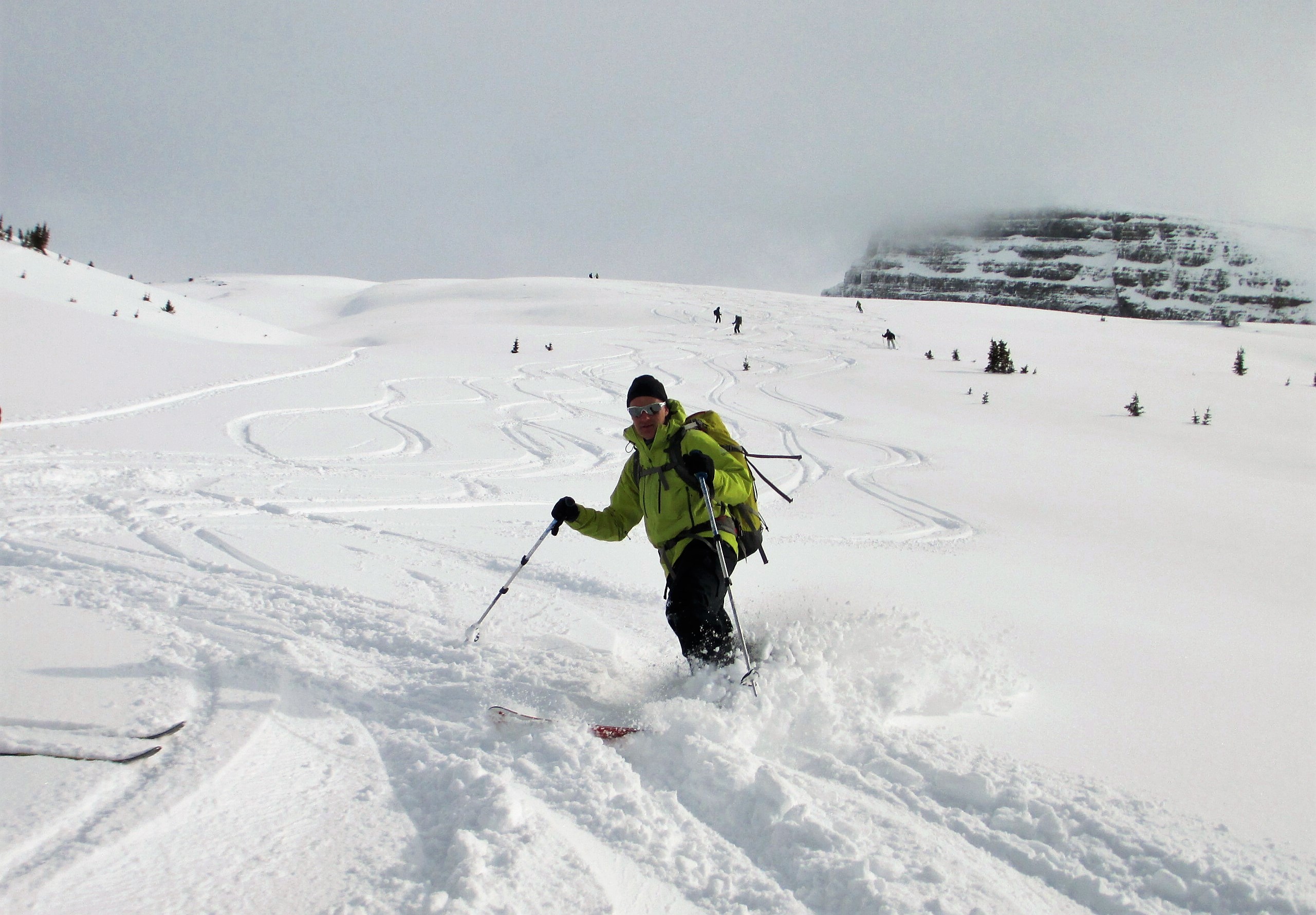 Roller skiing is a good off-season substitute for cross country track skiing and racing. It is a great way to keep fit and practise one’s technique through the summer.  Roller skiing requires just as much skill as skiing on snow.  It is a little more committing because falling on tarmac can result in cuts and grazes and sometimes worse.  But confidence can soon be gained and practising on roller skis brings dividends when the snow season comes. 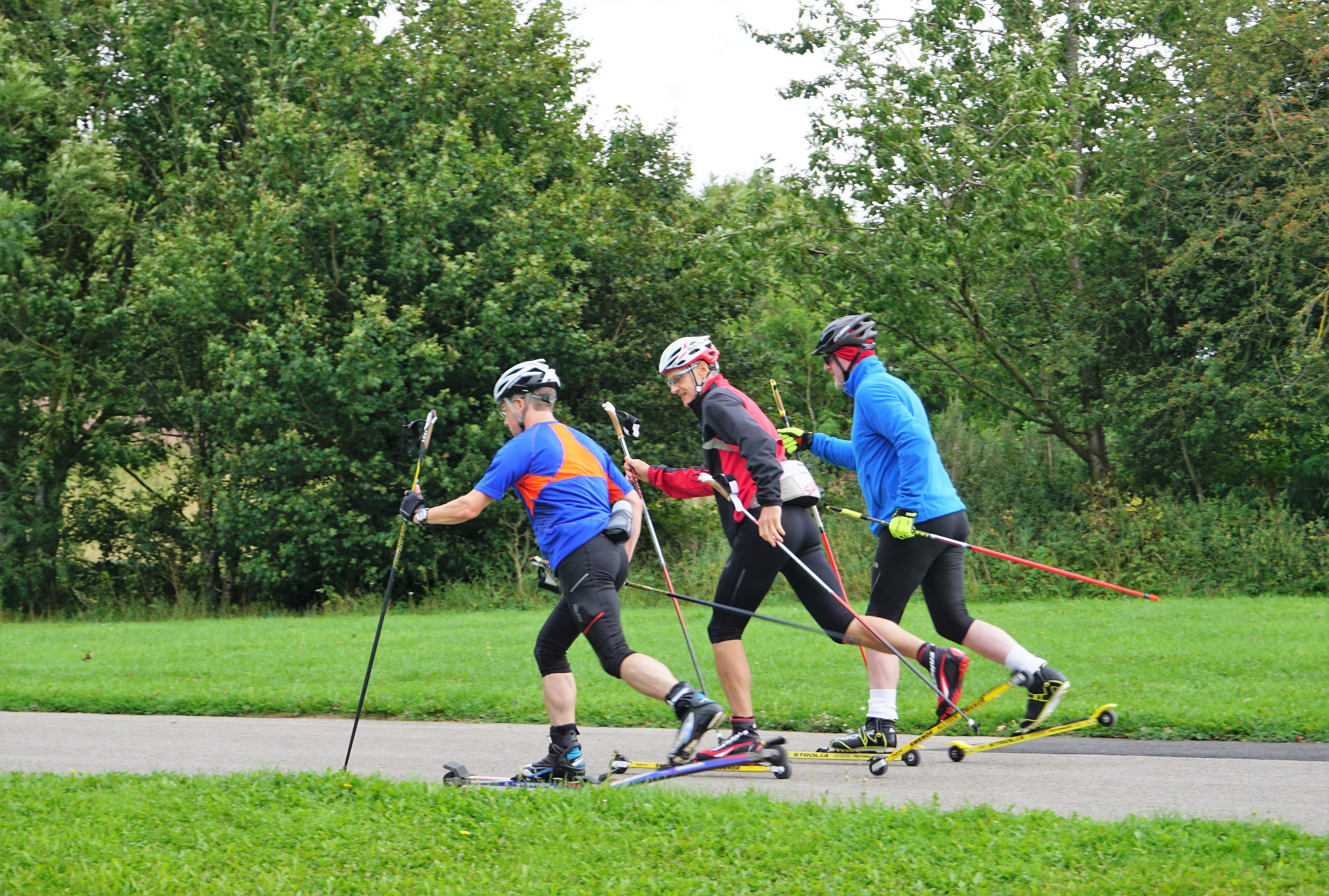 There are some great places to ski when there is sufficient snow in the northeast. These are some of our favourite venues.

You can drive up to about 300m above sea level and park near to Ladycross Quarry (grid ref NY 955 552).   With good snow you can then ski beyond the forest and onto the moor heading south towards Blanchland.

Killhope Law (the highest peak in Northumberland outside of the Cheviots) 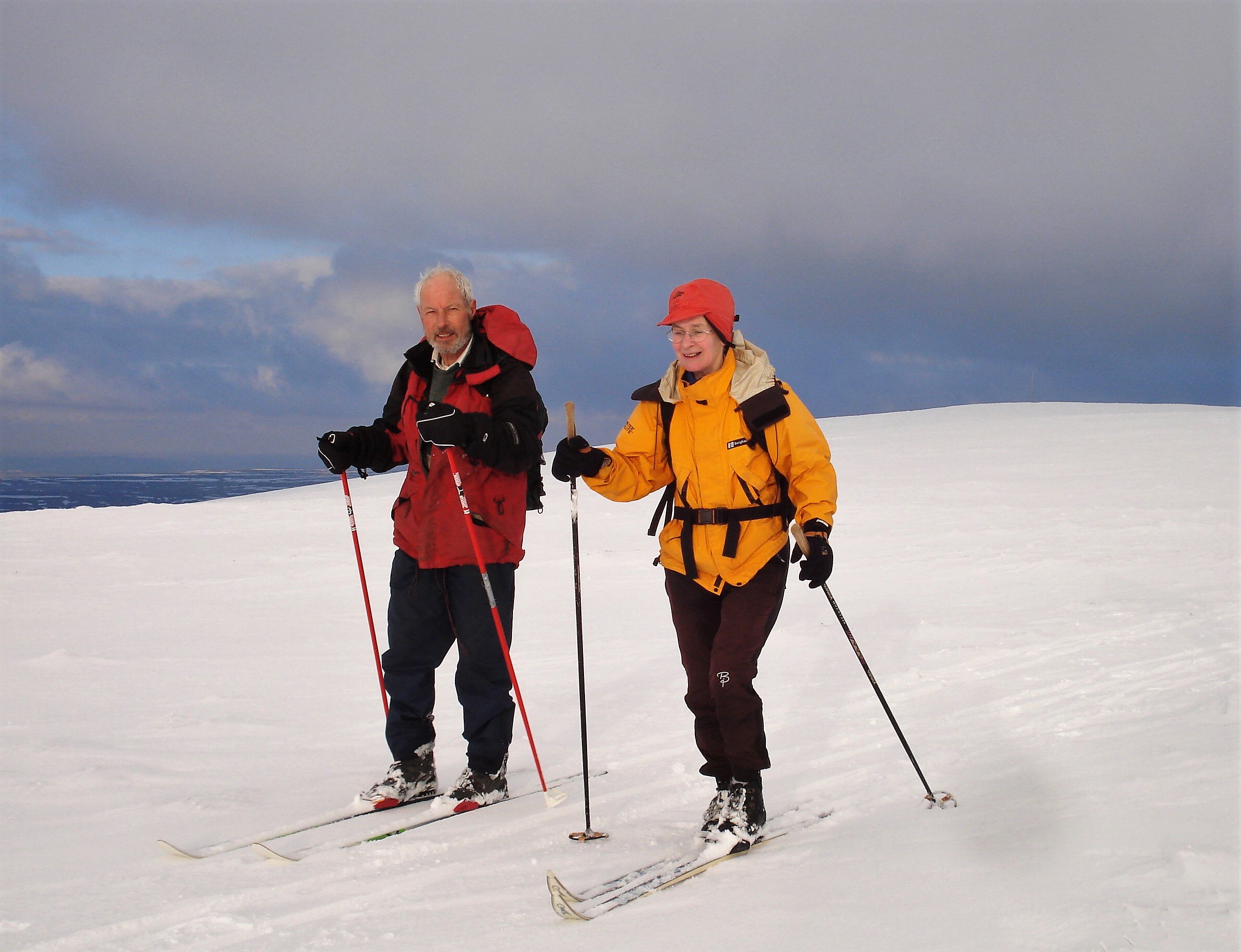 If there is sufficient snow there is a good track starting from just beyond the bridge near Allenheads (grid ref NY 851 465). Otherwise there are often snow-filled gullies which can be accessed from the Nenthead road at grid ref NY 825 460 which is at a higher altitude.

Killhope Law, just beyond the summit

In a good snow year, the forest holds the snow more effectively than open ground (especially when there has been a lot of wind). It is worth trying the forest track (Princess Drive) starting near to Byrness (grid ref NT 782 010).  There are minor trails and small hills leading off the main route.

There is often good skiing to be had from the Hartside Cafe (grid ref NY 646 418) as far as the Cross Fell summit – a distance of about 5 miles. The slope angles are fairly gentle and can be skied easily using metal-edged touring skis. 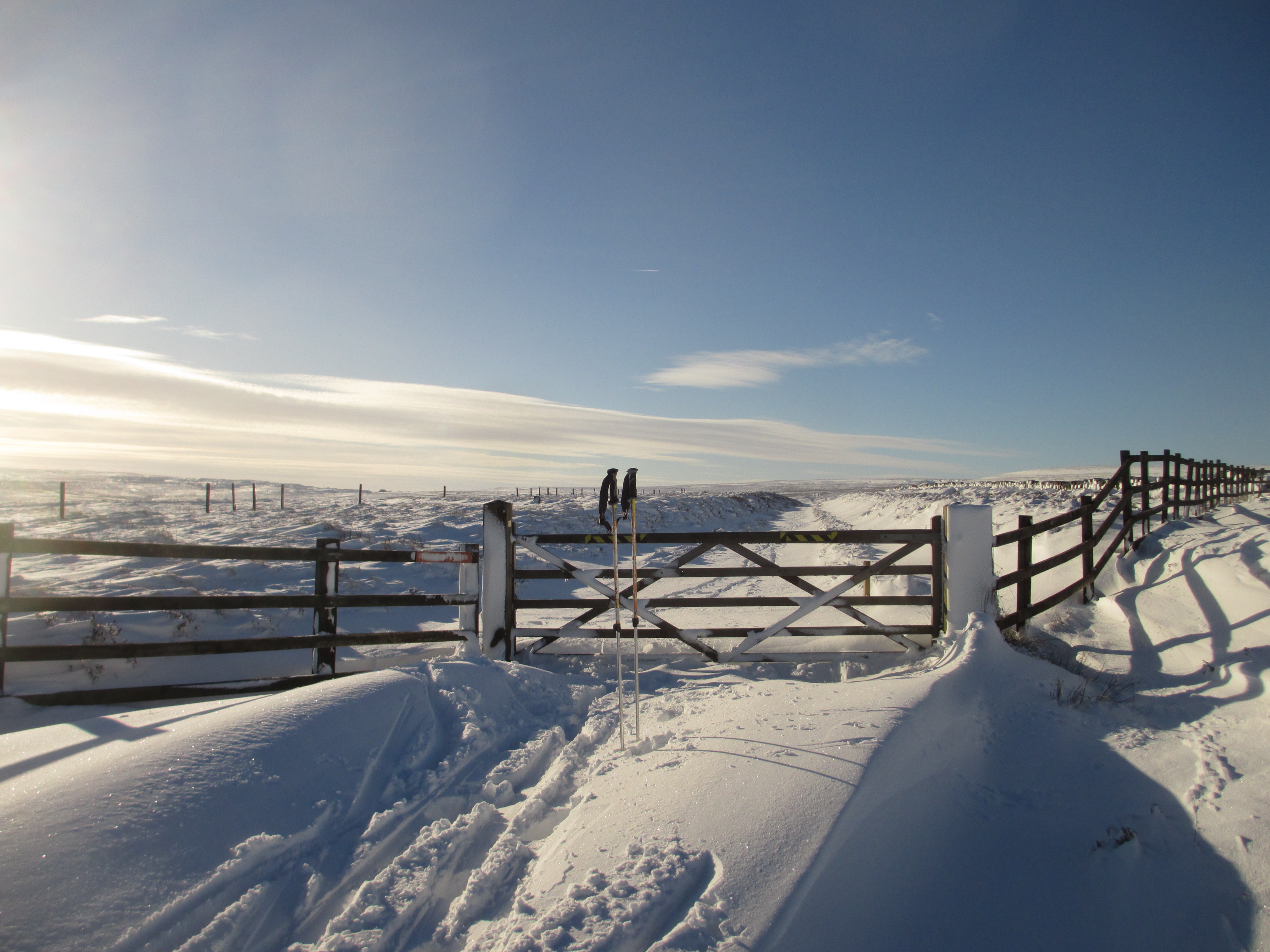 This is one of Alan’s favourite routes. Park at the triangular road junction at grid ref NZ 013 494 and ski via Stoterley Hill and Hisehope Resevoir and across to the Waskerley Way which is an old disused railway.  At the top of the Waskerley Way (440 m) is the Parkhead Cafe (tea and scones recommended).  From here it is also possible to ski to Bolts Law (540 m).

Cheviot and Hedgehope (the two highest peaks in the Cheviots)

Both peaks can be easily skied on nordic touring skis or on telemark skis depending on the chosen line to ski. The best starting point is in the Harthope Valley (grid ref NT 954 225).

Windy Gyle and the Border Ridge

A great starting point is the Upper Coquet Valley (grid ref NT 859 114) ascending via ‘The Street’ (an old drove road) which takes you conveniently close to the summit. Various descents can be used.  Other Cheviot Hills are accessible from the same valley.